Three certified nurse aides were indicted this month over claims they abused patients at residential care facilities across the state, authorities said. 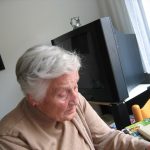 Cairy Chrisphonte, 54, of Union, is accused of hitting an an 87-year-old dementia patient in the head and arm in front of coworkers at the Daughters of Miriam nursing home in Clifton. She faces charges of fourth-degree assault upon an institutionalized elderly person.

Danny Brown, 55, of Easton, Pa., was allegedly witnessed by coworkers punching a 53-year-man in a wheel chair and threatening to break his neck. Brown, who works at the Lopatcong Care Center, was indicted on third-degree charges of making terroristic threats and endangering another person.

Debra L. Matela, 44, of Turnersville, was allegedly caught on a surveillance camera kicking a wheelchair out from under a 73-year-old woman at the Northbrook Behavioral Health Hospital in Blackwood. She was charged with third-degree aggravated assault.