Reports of serious, physical, sexual and verbal abuse are “numerous” among the nation’s nursing homes, according to a congressional report released today.

The study, prepared by the minority (Democratic and Independent) staff of the Special Investigations Division of the House Government Reform Committee, finds that 30 percent of nursing 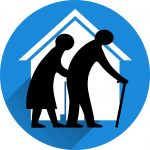 report also said out of the 1,601 cases, the abuse violations were serious enough “to cause actual harm to residents or to place the residents in immediate jeopardy of death

or serious injury”. Some of the violations uncovered are particularly disturbing. In one case, according to the report, an attendant walked into a resident’s room, said “I’m

tired of your ass,” and hit her in the face, breaking her nose.

Examples of perhaps some of the worst care in other staff reports since 1999 include: a Chicago nursing home where dozens of residents were found in physical restraints, many in violation of

federal health and safety standards, and a San Francisco nursing home where inspectors found hundreds of ants crawling over the body and in and out of the mouth of an 83-year-old resident.

Many other incidents were documented that, the report said, “would be of great concern to families, but were not classified as causing actual harm … ”