Sick dying and raped patients in nursing homes across the US

The unthinkable is happening at facilities throughout the country: Vulnerable seniors are being raped and sexually abused by the very people paid to care for them.

It’s impossible to know just how many victims are out there. But through an exclusive analysis of state and federal data and interviews with experts, regulators and the families of victims, CNN has 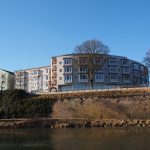 found that this little-discussed issue is more widespread than anyone would imagine.

In cases reviewed by CNN, victims and their families were failed at every stage.

Nursing homes were slow to investigate and report allegations because of a reluctance to believe the accusations — or a desire to hide them.

Police viewed the claims as unlikely at the outset, dismissing potential victims because of failing memories or jumbled allegations.

And because of the high bar set for substantiating abuse, state regulators failed to flag patterns of repeated allegations against a single caregiver.

It’s these systemic failures that make it especially hard for victims to get justice — and even easier for perpetrators to get away with their crimes.

More than 16,000 complaints of sexual abuse have been reported since 2000 in long-term care facilities (which include both nursing homes and assisted living facilities),according to federal data

housed by the Administration for Community Living.