Current law states if someone is abused in a nursing home, the victim has two years to file a lawsuit. The victim also has the option to file it in the county in which they reside or work. But that all changes July 1. A new law will go into effect cutting the time to file a lawsuit in half and forcing plaintiffs to only file in the county in which the nursing home is located. 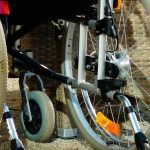 “It affects nursing homes in that it gives them an added layer of protection not generally afforded to other entities under the law,” he said.

Stewart believes the law could put pressure on victims to come forward quicker.

“These are sensitive cases. There are a lot of family dynamics involved often times there’s fear involved because people don’t want to speak up for fear of reprisal while their loved ones are still in the facility.”