In the last year alone, employees of at least 18 nursing homes and assisted living facilities have posted unauthorized — and in some cases, vulgar and stomach-turning — photos and videos of residents on Snapchat or other social media platforms, a ProPublica analysis has found.

While the problem isn’t new, the pace of reported incidents has certainly picked up — and it’s not clear why. It could be that there’s heightened vigilance among regulators and nursing homes, 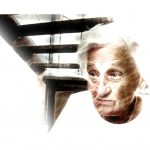 leading to more reports. Last August, federal health regulators said they would crack down on nursing home employees who take demeaning photographs and videos of residents and post them on social media. Another possibility is that the problem is actually getting worse as more and more people use social media apps on their cellphones.

The American Health Care Association, the nursing home industry trade group, said it continues to offer training across the country to educate home officials and employees about the importance of protecting patient privacy and avoiding social media abuses.

“Any case of abuse is appalling and deeply troubling,” Beth Martino, the group’s senior vice president for public affairs, wrote in an email. “Actions that jeopardize the privacy, dignity and safety of the elderly should be condemned and prosecuted to the fullest degree possible. Ensuring the safety and well-being of our residents is the number one priority for our members.”