According to the Minnesota Department of Health (MDH), only about one percent of cases reported by care facilities themselves receive a full on-site investigation.  Just 10 percent of complaints

from the public receive the full investigation. 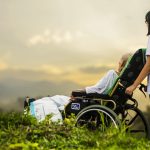 MDH blamed a lack of staffing, saying with only 27 investigators, there is no way they could possibly investigate more than 24,000 complaints in a year.

The legislature and Governor Dayton agreed to additional funding to address the problem.  In a special session, they added nearly $9 million to better protect vulnerable

adults.  State lawmakers say that will allow the Office of Health Facility Complaints to add 11 investigators next year and eventually increase their numbers by 23 full-time

positions. Minnesota lawmakers say MDH also needs to streamline their processes and be more efficient in their work.  The legislative auditor is currently reviewing how

the state investigates complaints of abuse and neglect of vulnerable adults.